My appreciation of hunting stems from a love of the natural world that surrounds me, and from an acceptance that at my most basic, I am a part of that world.

As a hunter one must re-learn the skills of observation that our modern lives have cast aside. We must learn to see, listen, and even move in ways that are very much different than those required in day to day life.
Having said that, I would like to relate to you some of the fond memories that my time afield has afforded me.

I remember the morning as being cold with freshly fallen snow blanketing the trees and ground with a brilliant sun in a clear blue sky.

My friend Dave and I quietly took up positions within sight of each other on the narrow peninsula and settled in to await the others.
The others being the rest of our party who would hopefully drive the deer towards us.

I don't know how long we stood there, silent and unmoving, listening for the sound of any movement approaching our position and then it came.
Snap! went a dry twig followed by a barely audible rustling sound just off to my right.

I slowly raised my rifle to the ready position, placed my thumb on the safety and lay my forefinger across the side of the trigger guard and putting my left foot forward, scanned for signs of movement.

From this stance I could bring the rifle up to firing position, snap the safety off and have my finger by the trigger ready to fire in one motion.

I knew Dave would be doing the same thing so with a bit of luck, things were about to get loud.
Then my eyes detected movement about 20 meters away.
Another snap, more rustling and the I saw them. Two of them in fact and both coming right at us!

It was about this time that I lowered my rife as a pair of weasels all decked out in their beautiful white winter coats came bounding towards us in full on play mode.

The snow was flying as they chased each other around, over, and through a hollow log.
A little white head would pop up out of the log and call out with a  cheep cheep! at which the other one would bound across the snow and scramble into the hole that seconds before was filled by its companion.

There was no way any deer was going to come anywhere near us that morning.
Not perhaps due to the commotion cause by that pair of little scamps but more because of the sound of the laughter of two hunters echoing through the woods.

I have nothing but fond memories of that day as we watched those two little predators wrestling in a cloud of fresh snow and twitching tails and I would not have traded that magic moment for anything....

Another time I recall was of the day we were heading into town to drop off three deer at the butcher shop.
It was the last day of the season and in fact there were only about two hours left before sundown.

As we drove out towards the highway from the camp I yelled stop! I think I see a deer up on the ridge.
The driver hit the breaks as I jumped out of the truck, and sure enough there was the biggest buck I had ever seen and he was paying us no attention at all which is more than a little strange.

I slid my rifle out from behind the seat, took three rounds of 30/30 ammo out of my pocket and slid them into the loading gate of the rifle.
This was going to be a long shot but if I moved slowly and quietly I could make the shot without him moving.

I placed the rifle along the trunk of a tree to steady it and chambered a round.
Bringing the sight of the Winchester to bear on the bucks heart I steadied myself, took up some pressure on the trigger, inhaled slowly and held my breath.... And held it some more....

I then placed my thumb on the hammer spur, squeezed the trigger, and slowly brought the hammer to the half cocked position.
Some day this huge buck would die, but not that day and not by my hand and certainly not with two hours left in the season.

He was magnificent, muscular and in his prime with his head held high, topped by a massive set of antlers and I hope he lived a long life and passed his genes on to many fawns.

If I close my eyes I can still see him there on that ridge looking every bit like the lord of his domain.
What a sight he was!

I admit that had it been the previous day or possibly even that morning, I would have brought him down without a moments hesitation but as I think back I don't regret the way our meeting unfolded.

I could go on and on telling story after story of the memories that hunting has given me.
Many involved deer that I did shoot and many more that did not involve deer at all.
For me it's about my place in a natural world that I am lucky enough to be a part of.
And about respect for the land and respect for my quarry.
It's about spending time with good friends in an environment where I have always felt more a part of than any concrete jungle that separates us from the land we belong to.

Take note of my previous sentence because that's what I believe.
The land does not belong to us, we belong to it.
It's a shame that most of us have lost that belief. 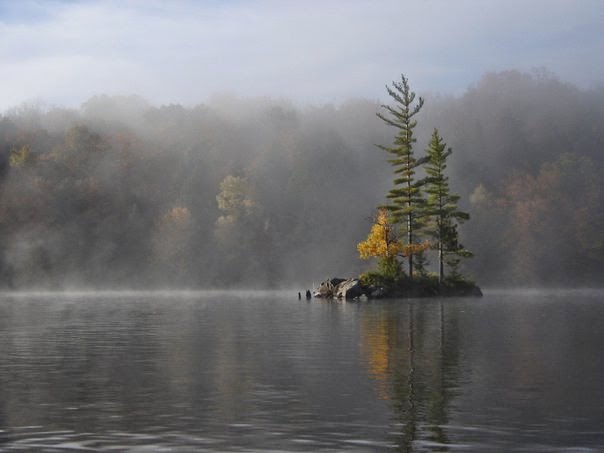